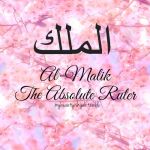 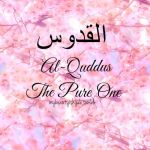 Allah says about the kuffaar and sinners (interpretation of the meaning):

“But
whosoever turns away from My Reminder (i.e. neither believes in this
Qur’an nor acts on its teachings) verily, for him is a life of hardship,
and We shall raise him up blind on the Day of Resurrection”

Ibn Katheer (may Allah have mercy on him) said:

“But whosoever turns away from My Reminder”
means: goes against My command and that which I have revealed to My
Messenger, and turns away from it and ignores it, and follows something
other than its guidance, “verily, for him is a life of hardship” i.e., in this world,
so he will have no tranquility or peace of mind, rather he will be in a
state of anxiety because of his misguidance, even if he appears
outwardly to be living a life of luxury, wearing what he wants,
eating what he wants, living where he wants; but so long as his heart
has no certain faith and is not guided, then he will be in a state of
anxiety and confusion and doubt, and he will remain doubtful and
hesitant. This is part of the life of hardship.

“I hate for even one day to pass me by, without having looked inside the Qur’an once.“

busy them with the Quran